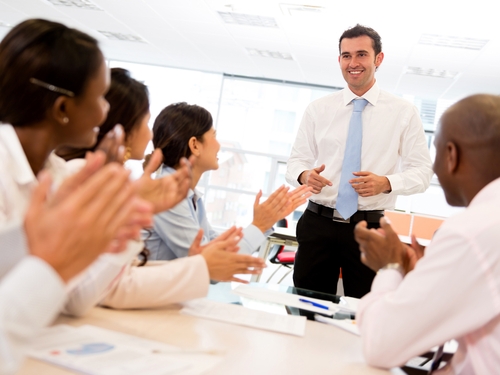 Today and tomorrow, I am delivering the Sponsorship Marketing Council of Canada (SMCC) One Day Workshops in Calgary. It is interesting because the session I deliver tomorrow (and will also deliver in Kelowna on April 23, Regina on May 8, and Toronto on June 6) is by far one of the most popular workshops in the four-part series. It is on how to build proposals that sell.

As I have always said, sponsorship is about relationships. It is a "marriage" between the buyer and seller, and it must benefit and show respect for both. The proposal is a major part of that relationship. What we still so often see are the Gold, Silver, and Bronze packages. These are the lazy person's route to sponsorship sales. They don't work, but we still see them. Then, we see the fancy glossy packages done by an ad agency that gets paid for graphic design and also receives a kickback from the printer who runs off the "pretty stock packages and those useless folders" they go in. Move away from this-customize!

There is light at the end of the tunnel! I was having coffee with a client a few weeks back. We are presently doing a full inventory asset identification and asset valuation audit for her expansive organization. She has been to the SMCC Western Sponsorship Congress and almost all of our SMCC One Day Workshops. She gets it. It was so great to see the proposal she had developed for a client. Yes, it was pretty and glossy. Yes, it was laid out and designed by their advertising agency. Yes, it was printed and bound. No, it was not a stock package. This was an amazing customized proposal that identified the needs and objectives of the prospect. It outlined our client's organization and how it can help. It clearly laid out the assets the prospect would receive and how they would benefit them, and it had an investment amount. It was a big investment-several million dollars.

Then a few days later, I was with a very small organization and reviewed a proposal they had developed for a prospect. It was for a $2,500 sponsorship. This was small in comparison to the above situation, but for this organization, it was a big sponsorship. They were just getting into the sponsorship game. And low and behold, they had a customized package too! It recapped the discovery session with the prospect. It had one page about the charity making the proposal, and a series of benefits or assets and the investment amount. It was great. This fellow had been to all our workshops as well as other conferences and training. I was so proud. He too "got it."

After these meetings, I was like a kid in a candy store. I was so excited to see these outcomes. Yes, there is light at the end of the tunnel. Training, workshops, conference attendance and mentoring-they all work and deliver results. If you want to close business, you need to have proposals that close. These folks have those proposals!