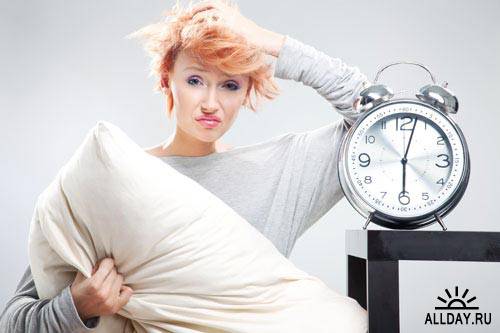 Sleep is defined as a state of unconsciousness from which a person can be aroused. In this state, the brain is relatively more responsive to internal stimuli than external stimuli. Sleep should be distinguished from coma. Coma is an unconscious state from which a person cannot be aroused. Sleep is essential for the normal, healthy functioning of the human body. It is a complicated physiological phenomenon that scientists do not fully understand.
Historically, sleep was thought to be a passive state. However, sleep is now known to be a dynamic process and our brains are active during sleep. Sleep affects our physical and mental health and is essential for the normal functioning of all the systems of our body, including the immune system. The effect of sleep on the immune system affects one's ability to fight disease and endure sickness.
States of brain activity during sleep and wakefulness result from different activating and inhibiting forces that are generated within the brain. Neurotransmitters (chemicals involved in nerve signaling) control whether one is asleep or awake by acting on nerve cells (neurons) in different parts of the brain. Neurons located in the brainstem actively cause sleep by inhibiting other parts of the brain that keep a person awake.

In humans, it has been demonstrated that the metabolic activity of the brain decreases significantly after 24 hours of sustained wakefulness. Sleep deprivation results in a decrease in body temperature, a decrease in immune system function as measured by white blood cell count (the soldiers of the body), and a decrease in the release of growth hormone. Sleep deprivation can also cause increased heart rate variability.
For our nervous systems to work properly, sleep is needed. Sleep deprivation makes a person drowsy and unable to concentrate the next day. It also leads to impairment of memory and physical performance and reduced ability to carry out mathematical calculations. If sleep deprivation continues, hallucinations and mood swings may develop.
Release of growth hormone in children and young adults takes place during deep sleep. Most cells of the body show increased production and reduced breakdown of proteins during deep sleep. Sleep helps humans maintain optimal emotional and social functioning while we are awake by giving rest during sleep to the parts of the brain that control emotions and social interactions.
Sleep Deprivation
Sleep deprivation is a relative concept. Small amounts of sleep loss (for example, 1 hour per night over many nights) produce subtle cognitive impairment, which may go unrecognized. More severe restriction of sleep for a week leads to profound cognitive deficits, which may also go unrecognized by the individual. If you feel drowsy during the day, fall asleep for very short periods of time (5 minutes or so), or regularly fall asleep immediately after lying down, you are probably sleep-deprived.
Many studies have made it clear that sleep deprivation is dangerous. With decreased sleep, higher-order cognitive tasks are impaired early and disproportionately. On tasks used for testing coordination, sleep-deprived people perform as poorly as or worse than people who are intoxicated. Total sleep duration of 7 hours per night over 1 week has resulted in decreased speed in tasks of both simple reaction time and more demanding computer-generated mathematical problem solving. Total sleep duration of 5 hours per night over 1 week shows both a decrease in speed and the beginning of accuracy failure.
Total sleep duration of 7 hours per night over 1 week leads to impairment of cognitive work requiring simultaneous focus on several tasks. In driving simulations, for example, accidents increase progressively as total sleep duration is decreased to 7, 5, and 3 hours per night over 1 week. Driver fatigue is responsible for an estimated 100,000 motor vehicle crashes and 1,500 deaths each year, according to the National Highway Traffic Safety Administration.
Since drowsiness occurs just before falling asleep, driving while drowsy often leads to disaster.
According to the National Sleep Foundation "If you have trouble keeping your eyes focused, if you can't stop yawning, or if you can't remember driving the last few miles, you are probably too drowsy to drive safely." It is important to know that caffeine and other stimulants cannot overcome the effects of severe sleep deprivation. Therefore, if you find yourself driving in a sleep-deprived state, it is imperative that you find a safe place to stop and catch up on your sleep before continuing safely on your way.