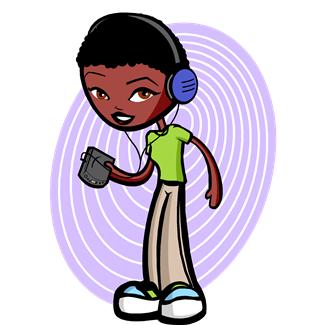 The first six months of 2013 will conclude this weekend. Before we leap past the halfway mark, let's run back some of the big hits and hidden gems from January to June.

20. “Talkin’ Bout Nothin” Big. K.R.I.T. After an average official Def Jam debut, K.R.I.T blessed us with another free album. While much of it was familiar fodder, cars rattled to this bass-heavy banger.

19. “Feelinz 4 U” 8th Grader Up-and-coming crooner of the chillwave movement released a slow jam EP with this synth-heavy crush song. Let it set the mood for that summer love.

18. “Psycho” The-Dream A bonus track on the deluxe version of 4-Play, Dream channels some Shutter Island hysteria. One of the better written tracks on the album as a whole.

17. “Fine China” Chris Brown Readying his return to music with X, Brown surprised many of us with this homage to Jackson-era funk&B. When he’s doing this, there’s no one else out that can touch him.

16. “Suddenly” A$AP Rocky The pearly-smiled Harlemite stormed the game with his surprising debut. With a haunting sample of the Cytations’ 1970 track, Rocky chronicles his exponential rise to one of the fresh faces of hip-hop.

15. “A Couple of Forevers” Chrisette Michelle An Ojays sample + voice of an angel = Chrisette’s beautiful matrimonial anthem and one of the best R&B songs of the year. No gimmicks. Just a couple of good old soul singing.

13. “Black and White” Jared Evan ft. Joey Bada$$ Wholly underrated singer/lyricist Jared Evan dropped his Boom Bap & Blues mixtape to deaf ears. But the compilation is some of the best hip-hop/soul since D’Angelo.

12. “Them Ni__as” Hit Boy & Audio Push The budding new producer dropped his HS87 compilation album earlier this year. While it may not be stellar lyrically, it’s the power in numbers and production that makes this crew motto so stellar.

11. “R.I.P” Young Jeezy ft. 2 Chainz Jeezy slated the club banger of spring. The most tangible hook of the year gets any party live at the right time.

10. “Bow Down/Been On” Beyonce Post-Blue Ivy Bey took to haters and naysayers with the H-town vicious one-two punch track. One part Hit-Boy, the other Timbaland, Mrs. Carter had everyone thinking they could capture a scent of royalty with a #tbt pic and two words.

9. “That Girl” Justin Timberlake First offering from The 20/20 Experience on the list, JT’s jazzy ode to the newly Mrs. Timberlake is the cutest little ditty. Can’t help but sing along to the erratic chorus.

8. “143 (I Love You)” Tiffany Evans I’m pretty sure her mixtape went unheard but Ms. Evans gives us pure R&B and vocals with this illustrious production. I could totally see a Teedra Moses doing a similar type of song.

7. “Billions” JoJo Young JoJo’s agape mixtape may have dropped late last year, but this beautiful song has stayed with me since. Penning her struggles with the industry so honestly makes for a relative narrative for anyone reaching for a dream.

6. “Talk to Me” Elijah Blake Blake entered the game writing for the stars (Usher’s “Climax”). Now the crooner readies his own singing career. This emotive track from his Bijoux 22 mixtape is reminiscent of Frank Ocean in ways.

5. “5 Days” INC. One of the albums I purchased this year belonged to this brother duo. Their brand of R&B is perfect for any chill session.

4. “I’m Selfish” Jamie Lidell The opener for his self-titled album has been my ringtone since March. Eruptive, disruptive and infectious, the clash of 80s synths and funky bass is the perfect backdrop to your personal Prince-inspired dance party.

3. “Pusher Love Girl” Justin Timberlake The only artist to appear on this list twice (despite my love/hate relationship with this album) Justin and Timbaland dot every I and cross every T with the big band sound jam. The single song I wanted since his return at the Grammys, it still manages to mesmerize each and every time.

2. “Power Trip” J. Cole ft. Miguel Jermaine Cole left the scene with a well-received debut and a Grammy nomination only to return with a homeless fro and a bout of depression. But from that pain came the darkest love song. Channeling his inner Drake, Cole pens one of the best songs of the year.

1. “New Slaves” Kanye West Mid-May whispers of West’s next exhibit begin to circulate. Then May 29th he’s scheduled to be the musical guest on Saturday Night Live. With no single or snippet, West debuts two new songs, one being the middle finger consciousness of “New Slaves.” And the rest is history. Literally. Three weeks later he unearths Yeezus, his minimalist hip-hop album to rave reviews and staunch criticism. But at least we feel something.